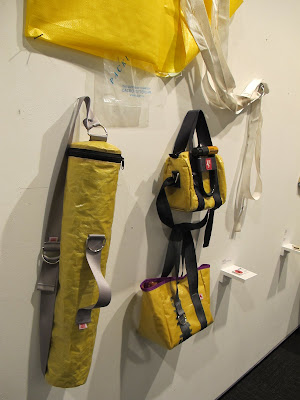 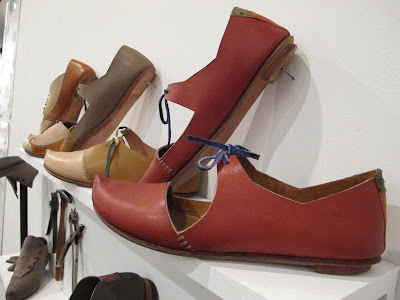 They did a good job rounding up many of Philadelphia's hard working/producing professionals along with some strong student work. The show is up until Oct. 17 but you can attend the reception this Friday Oct. 15 from 6-11pm at Meyerson Hall on 34th and Walnut at UPenn. You can read about the show here.
Written by Carrie Collins around 1:41 PM No comments:

We will be traveling on down to DC this weekend for the Crafty Bastards craft fair. It is only one day so you will NOT want to miss out. Come find us at booth #21 at the Marie Reed Learning Center this Saturday Oct. 2 10am - 5 pm. You can also VOTE FOR US AS THE CRAFTIEST BASTARD!
Written by Carrie Collins around 4:13 PM No comments:

Written by Carrie Collins around 12:21 PM No comments:

I am bringing FH to Chicago for the first time ever! This weekend at the Renegade Craft Fair on Division St between Damen & Paulina. Booth 118. Sat & Sun, 11am - 7pm. We will be sharing a booth with Kozie Prery cycling caps so it looks like our booth might be a one stop shop, huh?
Written by Carrie Collins around 11:15 PM No comments:

I swear I did not put him there... I walked into the living room and found Old Man exactly like this. Caught in the act! Unbelievable how amazing this guy is....
Written by Carrie Collins around 2:48 PM 1 comment:

FH coming to La this weekend, SF next weekend

I am about to embark on a west coast adventure. Fabric Horse will be in LA for the first time ever this weekend. You can find us at the Renegade Craft Fair at The Cornfield, located at 1245 N Spring Street. If you ever wanted to try stuff on in person or to see what size is best for you come say hello. I'll be there Sat July 24, Sun July 25 from 11am-7pm. 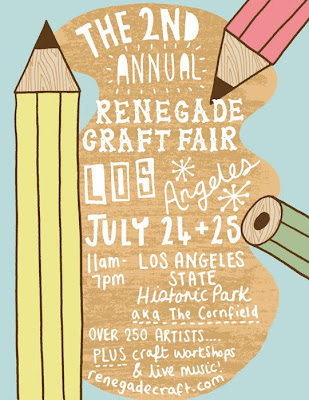 The following weekend you can come find us in San Francisco at the Fort Mason Center Festival Pavilion. Sat July 31, Sun Aug 1 11am-7pm. 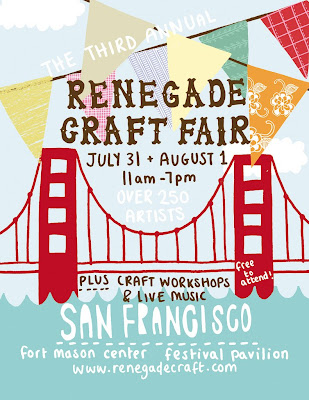 Boom.
Written by Carrie Collins around 1:25 PM No comments: 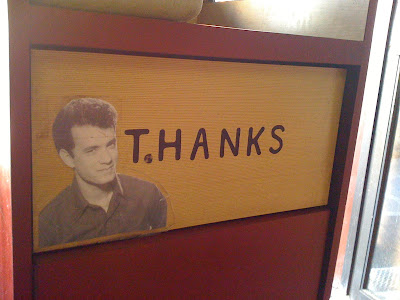 The best example of how to start your day..

Umm, I just saw this and had to share. It's amazing. 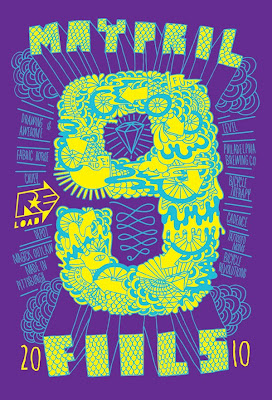 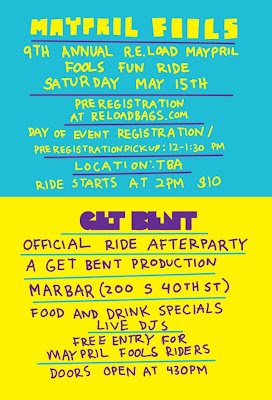 R.E.Load Bags is at it again with their annual April Fools Race (this year it is in May, hence the name change...) Since their hiatus last year the plans have all come together. Come on out, this scavenger type ride/race (it is not really a race as much it is FUN) is so great. It typically brings about 300 people. Registration is at Penn Treaty Park at noon. $10 to enter and gets you a t-shirt. Lots of prizes to be won!
Written by Carrie Collins around 8:26 PM No comments:

Well since we got the boot from our store front in the Piazza we are now all settled into our new space at 310 N. 11th St. 2nd Floor. Running a store is a lot of work so now that we have more time on our hands I have decided to do a craft fair tour with FH all summer. Starting with Bazaar Bizarre in San Mateo, CA on May 22 + 23rd. 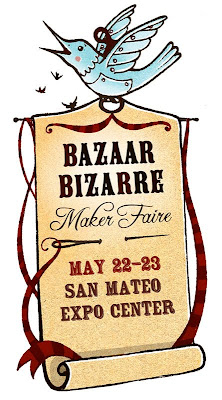 sponsored in part by:

and in cahoots with The Bay Area Maker Fair


After I get back we will be almost ready for the Renegade Craft Fair in Brooklyn on June 5 + 6th at McCarren Park. 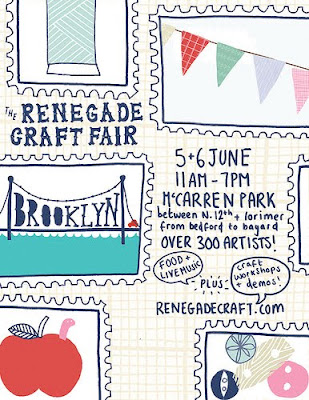 Giving us about a month after Brooklyn to gear up for a cross country trip where we will be hitting up LA, SF, and more up thru the Pacific Northwest if our car or bus allows...

Keep an eye out, we may be coming to a city near you....
Written by Carrie Collins around 2:16 PM 3 comments: 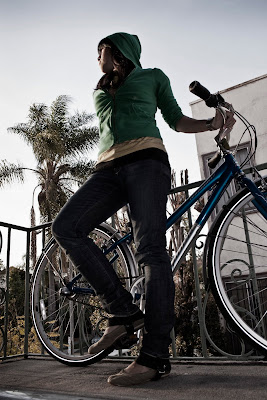 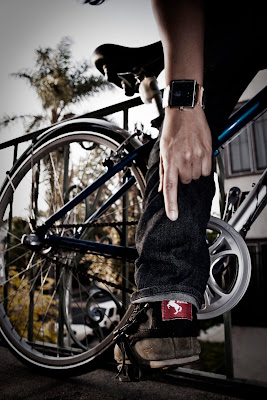 We love getting fan mail..... Missy Moore from LA sent us an email about how much love she has for her new FH spats.... and sent some photos to boot
Written by Carrie Collins around 11:18 PM No comments:

In case many of you are wondering about our move, why we are moving and where we are moving to.... read this article written by Felicia D'Ambrosio in this week's City Paper.

Carrie Collins, owner and designer of bicycle-centric accessories line Fabric Horse, will move her retail and production space out of NoLibs' Piazza at Schmidts at the end of the month. The move, executed just as the retail climate warms with the weather, was not her idea. "I signed a license agreement [with property developers Tower Investments] for two years," says Collins. "By the terms of the licensing agreement, either party could cancel it at any time with 30 days' notice. They said they had found an upscale boutique willing to pay three times my current rent."

Tower Investments — who did not return requests for comment — is exercising its right to relocate Fabric Horse to a retail space on the outside of the Piazza facing Germantown Avenue. "My rent would remain the same," says Collins, "but the space they want to relocate me to is half the size [600 square feet vs. 300]." Collins, who constructs her utility belts, spats and backpacks with one employee in the store, is opting instead to move in with her former employer R.E.Load (310 N. 11th St.), who handmake bicycle messenger bags. Customers may ring the outside bell to be buzzed up into the second floor of the R.E.Load/Fabric Horse showroom, or make an appointment if they wish.

"When the Piazza opened, Tower dropped the rents really low to bring in artists and small businesses," says Collins. "They wanted to create young energy. A year goes by, and they're shopping for somebody who can bring in more money. They are looking for different kinds of businesses."

(felicia.dambrosio@citypaper.net)
Written by Carrie Collins around 2:29 PM No comments:

Moving out of the Piazza by the end of the month 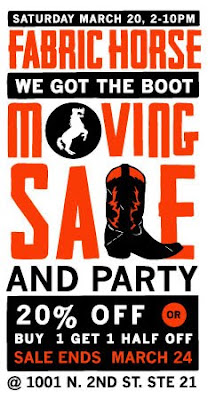 Come celebrate the first day of spring!
Written by Carrie Collins around 11:04 PM No comments:

I somehow forgot to post about this in January....

Ted Passon and I were the Burger Bride and Milkshake groom (costumes made by yours truly) of the Space 1026 Vaudevillains NYD Brigade.

FYI, Ted and I did not get married, but damn what an awesome idea for a wedding huh?
Written by Carrie Collins around 4:33 PM 2 comments:

Dan Eldridge wrote a great article on the bicycle culture of Philadelphia for KeystoneEdge.com. He talks about our growing community and the people and organizations who help it thrive. You can read it HERE.
Written by Carrie Collins around 10:47 PM 1 comment: 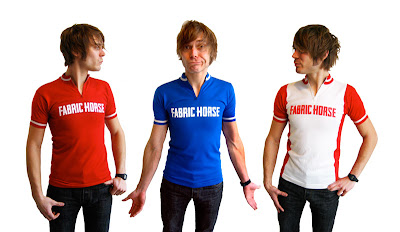 Our friend John is modeling these beautiful vintage De Marchi wool cycling jerseys for us. But the catch is that we only have a few, and they are size SMALL. Please read all the details of the jerseys before purchasing to make sure it will fit you and that you are stoked. We cannot return or exchange these guys, but if you on the smaller spectrum either guy/or gal, you will not be disappointed. First come, first serve for these guys. Jorge came across the jerseys and he loves his.

You can buy them HERE.

Email us if you have any questions. 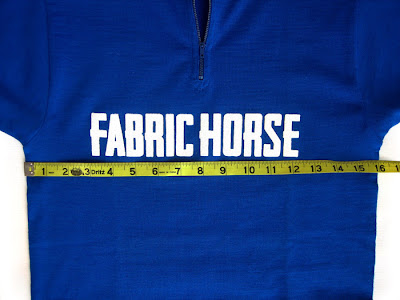 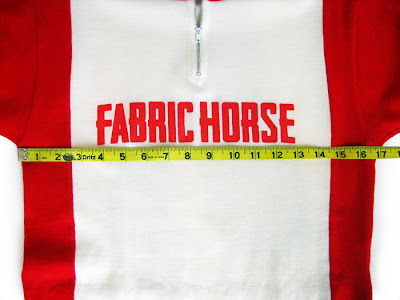 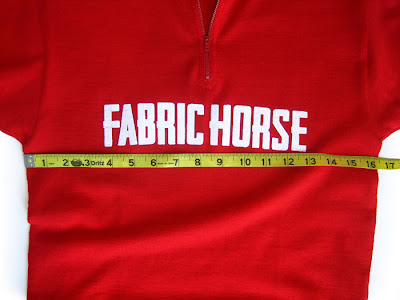 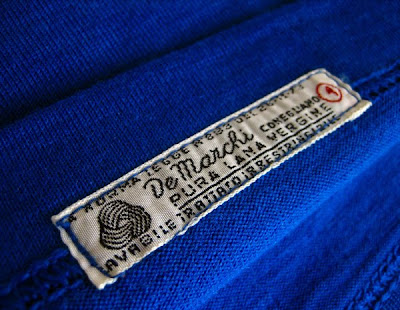 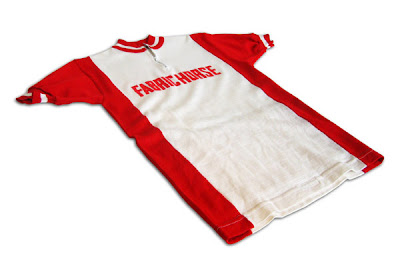 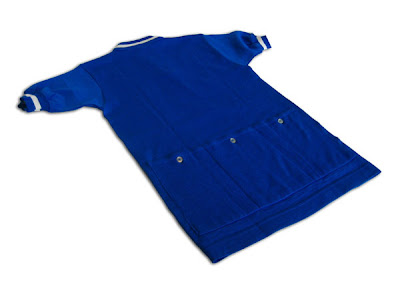 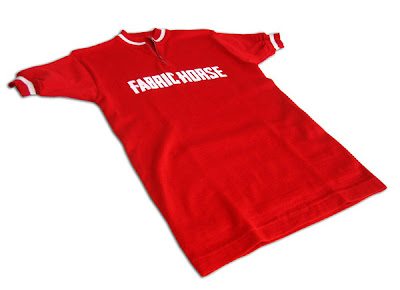 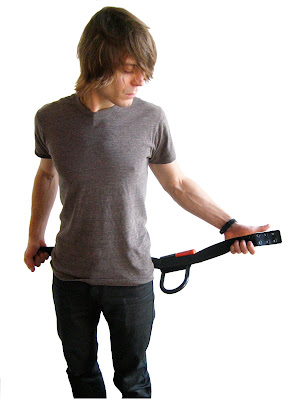 The Lock Holster Belt is our solution to those who still want a spot for their u-lock to rest but do not want to use our original Lock Holster because they don't wear belts to hold their pants up. This is also ideal for those who get annoyed having to switch out their holster from one pair of pants to the next. 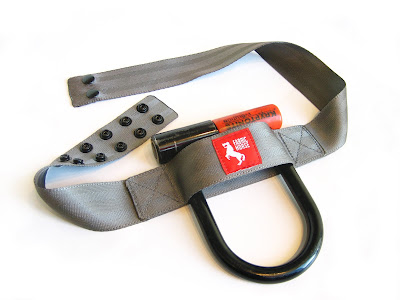 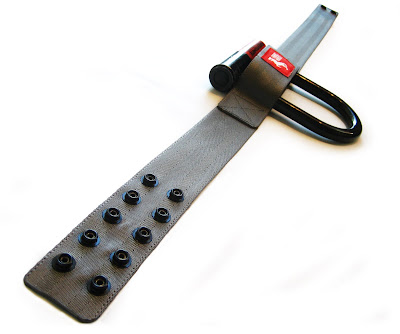 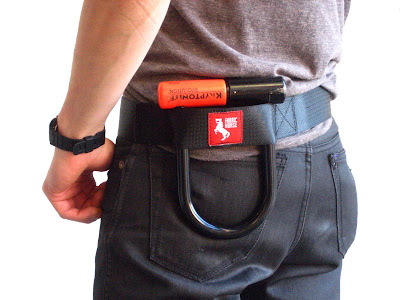 The Holster Belt is meant to be worn on top of your clothes rather than strung through your pants. The u-lock holster is actually stitched to the waist belt itself so it will not move around. You can pick up a Belt Loop Key Ring and a iPhone/iPod Pouch and you will have yourself your own utility belt. 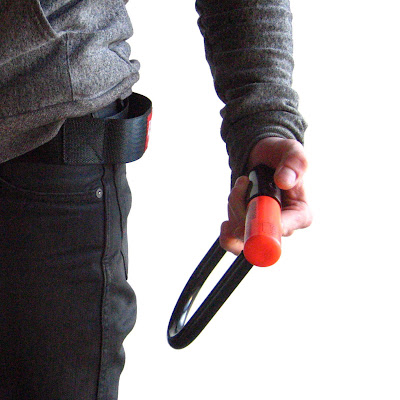 Written by Carrie Collins around 4:35 PM No comments:

Guest speaking at Make:Philly this Sunday 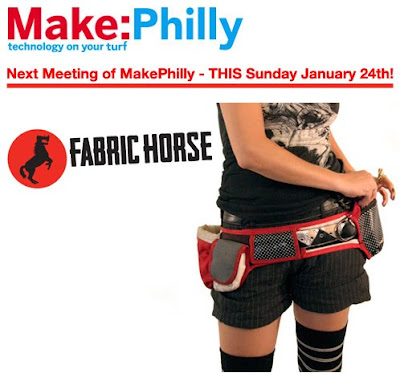 Make:Philly graciously invited me to come and speak during their January meeting. I will be giving a slide presentation (yes, slides...) on my thoughts of design and manufacturing. I will also tell the story of how FH was launched and how it keeps going.

Saturday Farmers' Market at the Piazza

Starting this weekend on Saturday, Jan. 16, 2010 The Piazza at Schmidt's will be hosting a local farmers' market every Saturday. We are very excited about this. Featuring some of the best local produce, meat, poultry, and dairy products with a contingent of more than 20 farmers. And—all of the farmers are one or more of the following: local, sustainably grown, ethically raised, free range, hormone free, pesticide free, organic, raw and/or grass fed. Products include winter vegetables and fruits, rabbit, veal, beef, quail, pheasant, raw milk, artisan cheeses, and heritage breed free range chicken eggs. Also featured are delicious prepared foods ready for shoppers to enjoy as they browse.

So come thru this Saturday for great food, and stop in FH, throw us a high 5, say hello!
Written by Carrie Collins around 5:38 PM No comments: